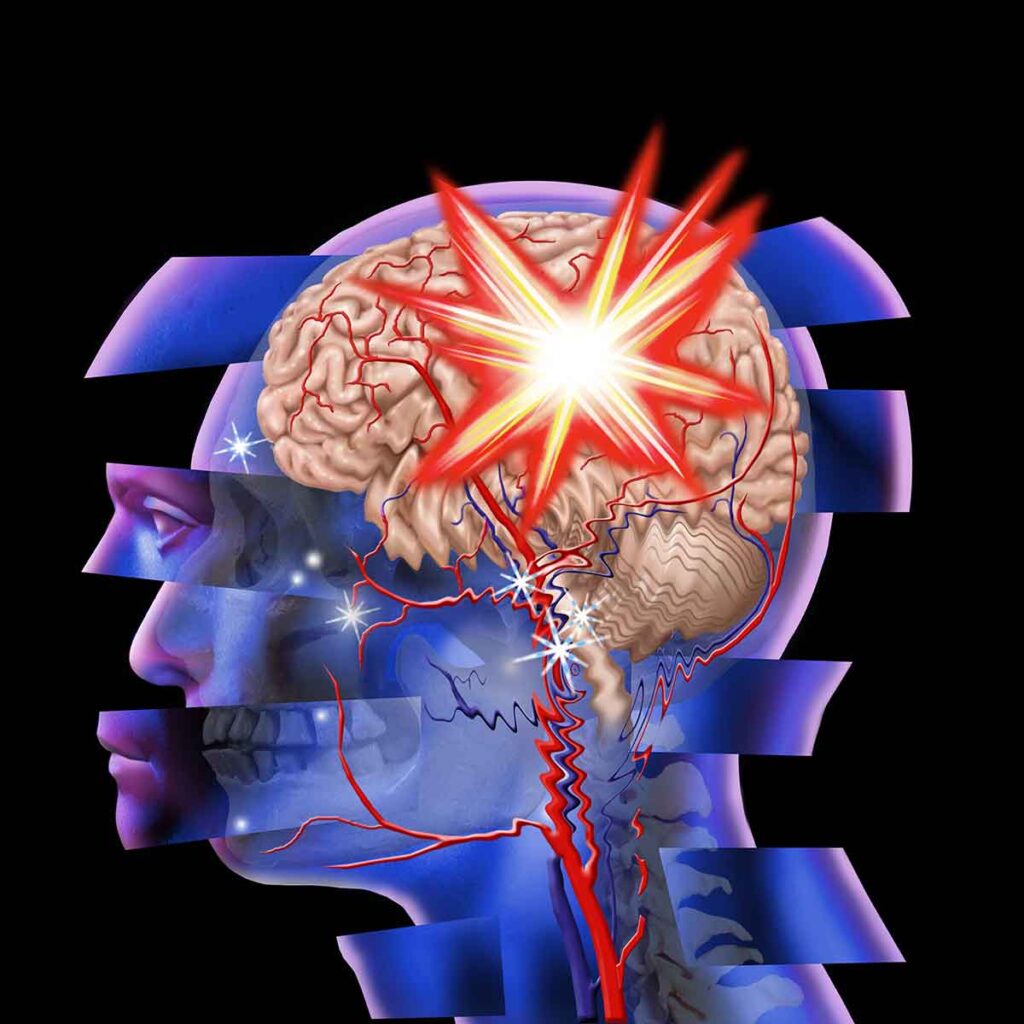 Mild brain injury may affect the cells in the brain temporarily. However, more-serious traumatic brain injury can result in bruising, torn tissues, bleeding, and other physical damage to the brain. These types of injuries can result in long-term complications, even causing death in some cases.

Traumatic brain injury can be defined as a sudden injury that causes damage to the brain. TBI can be a jolt, blow, or bump to the head resulting in a closed head injury. TBI can also happen when one or more objects penetrate the skull, called a penetrating injury.

A more mild, common type of TBI is the concussion. Although concussions can range from mild to severe, most people usually recover in time without long-lasting residual symptoms.

When it comes to TBI, there are the following types of symptoms: physical, sensory, and cognitive.

Sensory symptoms of TBI consist of ringing in the ears, trouble speaking coherently, and could also include tingling sensations on the skin.

TBI also includes cognitive or mental symptoms. These include; confusion and disorientation, problems remembering new information, and an inability to remember the cause of the injury or events directly before or after the injury occurred.

In the days and weeks following a traumatic brain injury, a patient might experience the following complications:

Traumatic brain injuries are caused by damage to the brain resulting from a hit or knock to the head.  While any strong jolt can cause a TBI, the leading causes of TBI related deaths include automobile accidents, suicides, falls, and crashes.

When To See A Doctor

Any type of injury to the brain is severe, and medical attention should be sought whenever there is an indication or concern of traumatic brain injury.

A TBI can result in several alterations of consciousness, including; coma, vegetative state, minimally conscious state, and brain dead.

There are three primary groups when it comes to communication problems and people who have experienced a TBI.

Changes in behavior after a TBI may include:

Emotional changes that are often observed with TBI include: