What Is Posttraumatic Stress Disorder? 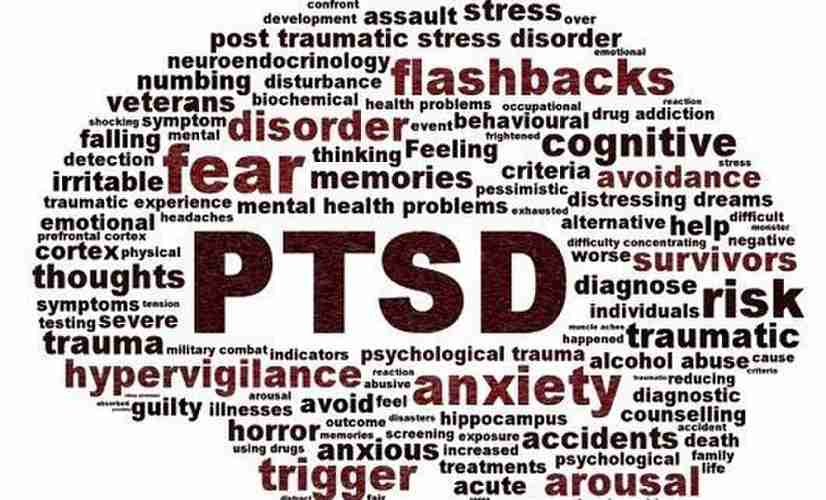 Post-traumatic stress disorder (PTSD) also known as post traumatic stress is a mental health condition defined in the DSM-5 as an anxiety disorder triggered by exposure to a traumatic event. Frequently this disorder occurs in response to witnessing or experiencing a terrifying event like sexual assault or a natural disaster. When someone goes through a traumatic event, they will usually get better after a while despite experiencing some temporary difficulties adjusting or coping. However, for people with PTSD, the symptoms get worse and last for months/years. Symptoms of PTSD are often debilitating and interfere with day-to-day functioning.

Symptoms of PTSD fall into one of four basic categories. The specific symptoms experienced can vary in severity from person to person.

Research has begun to explore the idea of PTSD consisting of five different subcategories that each require different treatment methods.

Why do some people develop PTSD and other people do not?

Not everyone who experiences a dangerous or traumatic event will develop PTSD. According to the National Center for PTSD, only about 7.5% of people will develop the disorder. Many factors interact and play a part in developing PTSD, including predisposing factors and other factors that play a role during and after the traumatic event.

Some of the factors that may increase the likelihood of an individual developing PTSD include:

A diagnosis of PTSD usually starts with a physical examination from a physician followed by a detailed history, including a psychological evaluation. Next, there is often a psychological evaluation during which symptoms of PTSD are discussed. A qualified mental health professional will then use the criteria in the DSM-5, which is published by the American Psychiatric Association (APA).

The criteria contained in the DSM-5 include exposure to an event that involved the actual or possible threat of death, either witnessing or experiencing, along with experiencing one or more of the symptoms previously discussed.

Is there Treatment for post-traumatic stress disorder Symptoms

Treating PTSD can be difficult. However, if you have PTSD, you should know that treatment can make a big difference in the quality of life and helping you gain control over your life. The primary treatment for PTSD includes psychotherapy and support groups, although it can also include medication.

There are several pharmacological interventions, including medication that can help with PTSD, including:

All these approaches can help individuals diagnosed with PTSD regain a sense of control and normalcy. Psychotherapy can be delivered in a group setting or during individual counseling sessions.

While there are not prevention treatments or other factors that prevent PTSD 100%, some factors are known to reduce the risk of developing PTSD. These are known as resilience factors and include having an adequate social support system, having effective coping strategies, and receiving treatment by a mental health professional.

Next Steps for PTSD Research

The National Institute Of Mental Health is one of the leading organizations studying posttraumatic stress disorder (PTSD). There is currently ongoing research investigating the genetic or biochemical foundations of PTSD during the evaluation of new and existing treatments. Researchers are also studying the importance and role of resilience factors and risk factors in developing PTSD. Also being studied is how neurobiology can affect the risk of PSTD.